I was tossing up between a Logitech K400 and a Shintaro Multimedia (trackball) keyboard for my HTPC. I got the Logitech first for $35, but wasn't entirely happy with it so I got the Shintaro as well ($38+postage) for a comparison. These are their stories... 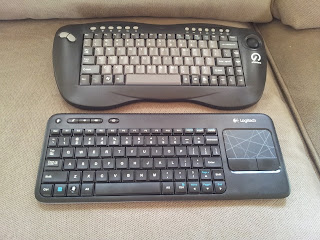 My initial reaction was that the Shintaro has a much more solid build than the Logitech. The mouse buttons were clicky and "alive", compared to the gummy feel of the K400 buttons, where you're never quite sure if you've actually pressed it.

The key layout was also much better, and almost for that alone I'd take the Shintaro. The placement of the right shift key and up arrow buttons on the Logitech continually annoyed me. The Shintaro is closer to a "normal" keyboard layout. 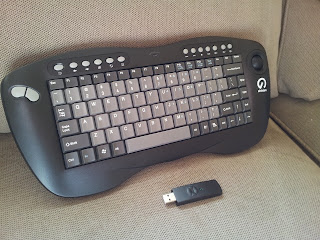 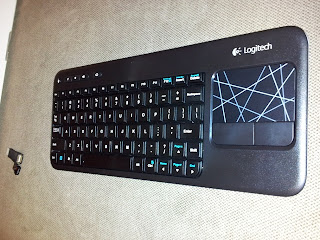 The lengths of the lists don't represent who won in my test, since the negatives to the Logitech K400 and positives to the Shintaro were really big factors in my decision to keep the Shintaro.

I started on a vendetta to try and get my computer to run a bit quieter. Although I think the main culprit of noise levels is the stock CPU fan, the case fans in the Corsair 300R were making some noise, so I bought a few other fans to try out. 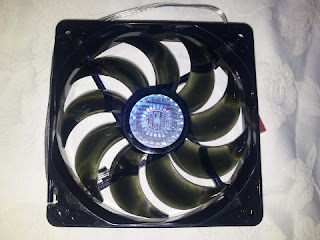 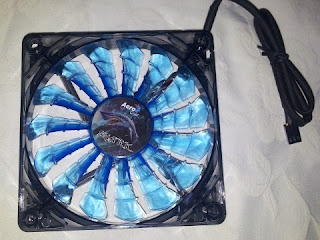 I don't have a dB meter -- quantitative testing isn't how I roll -- so I was just going by the ear test.

The CoolerMaster SickleFlow was the cheapest and was pretty loud, louder than the stock case fan.

The Aerocool was initially really loud as well, but then I realised the "extension lead" in the packet for a voltage reducer. With this fitted it reduced the noise to about the same as the stock fan.

The Antec TrueQuiet Pro had a physical switch for adjusting the speed. At full speed it too was louder than the stock fan, but when switched down to low speed it was quieter.

Spending the extra for something like the TrueQuiet Pro is worthwhile if noise levels are important.

I was trying to set up NFS on my local network to transfer some stuff between two machines. I thought this would be pretty easy, but there seem to be a lot of guides out there that are either out of date or more complicated than they need to be (maybe they include some advanced features, not sure).

The main problem I had was that the mount command would hang when I tried to connect the client to the server. I tried everything I could think of, and in desperation tried reversing the client<-->server direction. At that point, it worked without a hitch. Still don't know exactly what the issue was (some conflict in the setup or configuration of my server machine?), but I was ecstatic at that point it worked at all.

Here are the steps (use ifconfig on each machine to find out their IP address, or use hostnames if you've set up hostnames):

On the nominated "server" machine

On the nominated "client" machine

Assuming the server IP address is 192.168.1.7 and /files/remote is the directory which we will be mounting to:

An entry to automatically mount can be put in /etc/fstab, but since I will only be using the NFS connection on an ad-hoc basis, I haven't done that at this stage.