Firefox 57 changed the plugin API extensively, and all plugins underwent major changes. One of which was Tree Style Tab, which lets you (among other things) display tabs down the side of the page rather than across the top.

In Firefox 57, the default look with Tree Style Tab had a number of issues for me, namely:

Scouring around the internet I came up with the following changes to fix all of the above:

Update 7 Apr 2020: I noticed in new installs that the visibility options weren't being applied properly. As per this comment from MikeF, you now need to go into about:settings and change toolkit.legacyUserProfileCustomizations.stylesheets to true and restart the browser. Thanks Mike!
Posted by Ash at 10:01 PM No comments:

Earlier this year I bought a Logitech MK235 mouse/keyboard combo to replace my ageing Rapoo RP-X1800 that lasted longer than I thought it would but in the end succumbed to a thorough trashing from children using it on the HTPC.

Quick thoughts on the MK235:

Had a problem the other day where the console for some VMs in vSphere wouldn't type the "pipe" symbol properly. It's pretty important when chaining Linux commands together.

I found this great workaround on superuser.com for VirtualBox, but it works in vSphere too:

Hold down Alt and type 1-2-4 on the numeric keypad.

I've used those alt codes before to type indices and the degrees symbol, but not the pipe.

For these situations, the traditional dd method still seems to work best. I followed these instructions, as the accepted answer for that question didn't work either. Not sure whether the isohybrid and syslinux section was needed, or if just the simple dd command (as per this answer would have been enough.

The core difference between the UEFI setup linked above seems to be using the whole flash drive (eg /dev/sdd) rather than a specific partition (eg /dev/sdd1) when unpacking the ISO.

The essential command may simply be this:

I recently had to change the motherboard in my HTPC. The case is an Antec NSK2480B, a horizontally aligned case that fits up to micro-ATX motherboards.

I picked up an Asrock H170M-Pro4 to put in along with appropriate CPU and RAM. Didn't think there would be an issue as the Pro4 is a micro-ATX motherboard, matching the case. No issue, right?

Unfortunately, the Pro4 is a full sized micro-ATX board, larger on the "width" axis than most of the mATX boards going around these days. It physically fits in the case, but four of the six SATA ports are arranged so that the plugs go in parallel to the board — as shown in this pic: 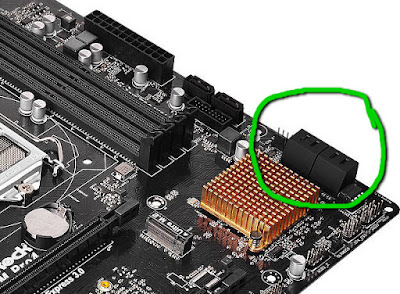 In a normal case this would be okay, but the NSK2480B has a solid metal divider that runs in between the motherboard area and the drive/PSU area. The side-mounted SATA ports on such a wide board do not fit. I managed to get two 90-degrees connectors in before mounting the motherboard, but the other two ports just can't be used. The pic below shows the mounting (bit hard to see due to the other cabling): 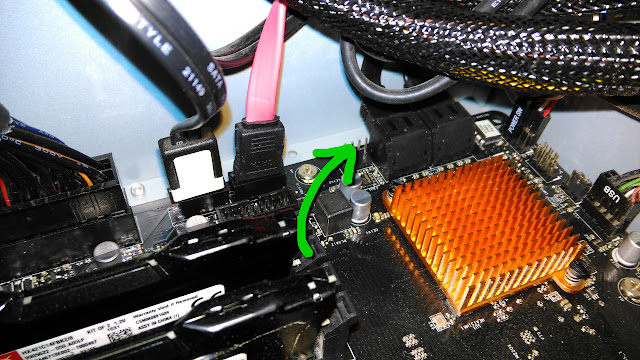 The Pro4 mounted in the Antec NSK2480B

The wall the SATA cables are pushing against is a solid piece riveted in to the case. Other than grinding out a chunk, I can't see any way to get access to those bottom two ports.

So...a full sized micro-ATX board with side-mounted SATA ports is not a good match for this case.

A recent update in Linux Mint included the nVidia 367 driver. Even though my HTPC was using integrated graphics, having the driver installed causes Cinnamon to crash with the error message:

Cinnamon just crashed. You are running in fallback mode.

A fix is to remove the nVidia 367 driver completely:

Reboot and Cinnamon should be running okay again.

A while back I posted on image overlays in reveal.js. That technique seemed promising but has a problem in practice as it messed with the scaling at different resolutions.

A technique that I ended up using was to split an image section off to one side rather than overlay it on top of the text, with a link to the image original so that you could fullscreen it if desired. Multiple images can be stacked on top of one another by offsetting to top left coords.

Here's a snippet of the code:

And the css for the custom classes:

This technique was okay, but still not perfect, as the stacked images to offset on the left side but scaled so the right hand side sat flush on each one...something for another day.

Things to Look for in a New TV, Beyond the Usual Ones

At some point I'll have to upgrade my TV. My current one is "non-smart", and works fine but is getting old. Since you can't practically get a dump TV any more, I'll have to accept that will come with the package.

Other than the usual specs like screen size, resolution, refresh rate, colour reproduction, there are a few things I want to look at when buying any new TV:

This is a typical ping log just now while playing CS:GO. I'm using ADSL2 and relatively close to the exchange (<500m). I've used an Asus RT-AC68U and a TP-Link Archer D9 and I get similar responsiveness with both:

Following along from the SSD summary, the powers supplies I've used myself or for family/friends over the past few years:

I noticed that Thermaltake have release another LitePower power supply, this one labelled the "Gen 2".

The way Thermaltake uses the LitePower for branding is frustrating, as there have been dozens of them over the years, by five different OEMs, and of markedly different quality. In general they're a last resort kind of PSU, so I was interested to see if this new one might have improved.

Unfortunately it was pretty difficult to find out anything useful. The awesome RealHardTechX database currently doesn't list a Gen 2, and no one appears to have reviewed it yet. The specs are also lean on detail (which is sadly normal for most PSU brands). The addition of 2x6+2 pin connectors on even the 450W model is much more promising than the previous OEM versions of the LitePower.

I asked Thermaltake for a bit more detail on 19th July 2016 — as yet there has been no response, but I'll update if anything comes through.

Turning Off Wake-On-LAN on Linux Laptops

I noticed my Dell Latitude laptop running Kubuntu 16.04 that even after shutting down completely, the battery was still being drained. The problem is that wake-on-lan is generally turned on by default. Unless you need WOL for some reason — turn it off.

Andi Dittrich has a great article on how to disable wake-on-lan in post 15.10 Ubuntu systems (you need to use a different method if still using versions older than 15.10).

The core method is to create a file named wol.service in /etc/systemd/system/ with:

Run sudo ethtool and check it shows "Wake-on: d" after reboot to ensure it has worked.

Prebuilt Computers: Understanding Prices to Protect Yourself as a Consumer

If you're in the market for a new computer and can't build it yourself, it pays to understand a bit about the parts that go into a computer, and what the going rate is for the parts in any particular machine you might be looking at buying.

Buying a pre-built computer is fine if you choose the right one. They often come with sub-standard parts — particularly in important areas like the power supply — but you can find good options. Shops tend to charge anywhere from $50 upwards of $200 for putting it together, with $100 being about average.

Some shops border on the ridiculous though. As an example, here is an advertisement on gumtree for a pre-built computer (google cache link in case the ad disappears). Here's a list of the parts included in the computer, with approximate "going rate" prices for each of the parts that can be purchased locally in South Australia:

That's a very expensive deal. Don't get caught with stuff like this.

The updated version of KDE/Plasma in Kubuntu 16.04 changes a number of the default shortcuts compard to those in 14.04. One of the main one I'd muscle-memoried is Ctrl-Alt-Del to initiate a shutdown. There is a way to get this back in 16.04, just requires a couple of steps.

Now the option to shutdown will be the default option.